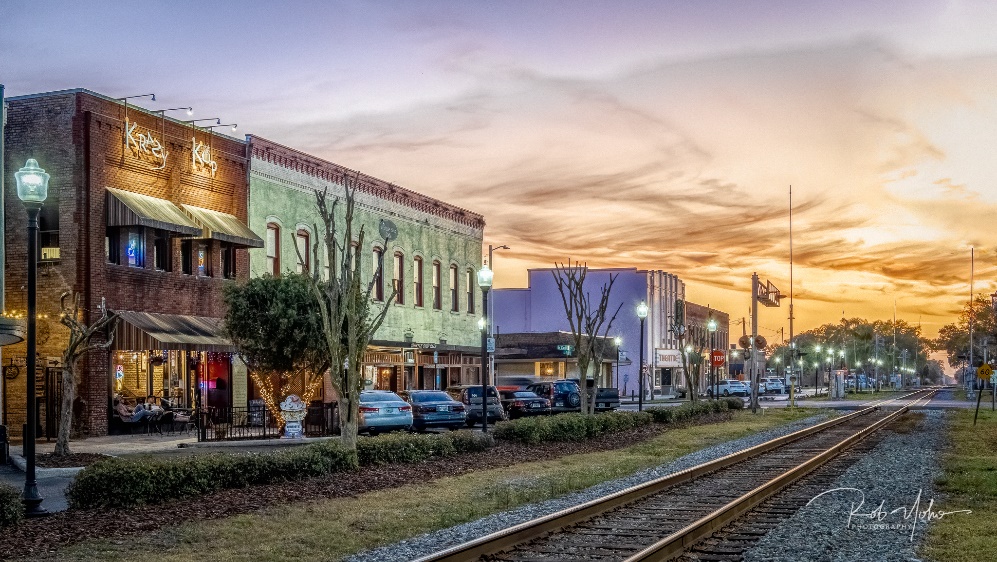 Plant City Main Street has seen a recent resurgence of business openings within their district. Referred to locally as the “Evers Street Wave,” the business recruitment efforts were spearheaded by Plant City Main Street with support from community partners. In May 2021, these revitalization efforts and new businesses were highlighted to the community with the Evers Street Block Party. The block party featured live music, and food and drink were offered at the participating businesses.

Plant City Main Street used their “Topics on Tap” events to recruit and educate existing and potential business owners about opportunities in downtown, including grant programs available through the City of Plant City. Matt Morrow, owner of The Tipsy Bookworm, summed up the impact of these efforts; “After I attended ‘Topics on Tap’ and Plant City Main Street walked me through the city grants, it became clear that The Tipsy Bookworm belongs in downtown Plant City.”

Plant City Main Street also hosts a variety of events throughout the year, including Yoga in the Park and Last Friday in Downtown themed food truck rallies, which average 1,000 attendees per rally.

Since their reorganization, Plant City Main Street has reported approximately $1,044,782 in public and private reinvestments and welcomed 22 net new businesses and 91 net new full-time and part-time jobs to the district. The organization has also reported 3,825 volunteer hours.

Florida Main Street is a program administered by the Division of Historical Resources under the Florida Department of State, which currently oversees 54 communities throughout the state. By implementing the National Main Street Center’s Four-Point Approach, Florida Main Street encourages economic development within the context of historic preservation through the revitalization of Florida’s downtowns – the community’s heart and soul.