“I am pleased to announce that Clifton Cemetery has been listed in the National Register of Historic Places,” said Secretary of State Cord Byrd. “The history of the community associated with this cemetery highlights the complexity of Florida’s territorial period and the legacy of significant individuals, such as Anna Jai Kingsley.”

The Clifton Cemetery, also known as the Sammis Plantation Cemetery, is significant for its association with the free Black community of Arlington, located east of downtown Jacksonville, which was created during Florida’s antebellum period, and for the extended Kingsley family who resided in the area. With an earliest known burial dated to 1841, Clifton Cemetery is the oldest recorded cemetery in Arlington. One notable burial at Clifton Cemetery is Anna Jai Kingsley, a formerly enslaved Wolof woman who became the wife of Quaker planter and slave trader Zephaniah Kingsley. Born in Senegal, West Africa, Anna Jai Kingsley became manager of Kingsley’s properties in northeast Florida. Zephaniah Kingsley openly recognized Anna Jai Kingsley as his legal wife following her emancipation in 1811.

Zephaniah Kingsley owned multiple plantations in northeast Florida during his lifetime, including Laurel Grove and Fort George Island. The latter, known today as Kingsley Plantation, is part of the National Park Service’s Timucuan Ecological and Historic Preserve and contains the restored plantation house and outbuildings used by the Kingsley family as well as coquina dwellings inhabited by enslaved workers. The Kingsley family lived on Fort George Island until the 1830s, when the increasingly rigid laws and attitudes aimed at free Blacks in Florida drove the family to relocate to the present-day Dominican Republic. Anna Kingsley returned to Florida in 1846, following the deaths of her husband Zephaniah and her son, George Kingsley. She established her residence in the Arlington area of Jacksonville after white relatives of Zephaniah Kingsley challenged his will in the Florida Supreme Court. In the ensuing legal battle, in which Anna Jai Kingsley played an active part, the court affirmed the rights of Kingsley’s Black heirs because, as Spanish citizens prior to the American takeover of Florida, they retained property inheritance rights. Anna Jai Kingsley lived the remainder of her life near her daughters and their families in the Arlington area as one of the wealthiest free Black women in Duval County. She was buried in the Clifton Cemetery sometime after the Civil War.

The cemetery originally began as a private family burial ground for the extended Kingsley, Sammis and Baxter families. It was established as part of the Sammis Plantation, which was owned and operated by John Sammis and his wife Mary Kingsley, the daughter of Zephaniah and Anna Jai Kingsley. The family of Oran Baxter and Martha Kingsley, another Kingsley daughter, lived nearby. Both daughters ran successful plantation operations in the Arlington area. They also served as the protectors of the free Black community they helped to create in the area prior to the Civil War. After the Civil War, several Sammis and Baxter descendants married into Jacksonville’s emerging Black upper-class. Among the other family members buried at Clifton Cemetery are John Sammis, Mary Kingsley Sammis, Martha Kingsley Baxter, and Oran Baxter.

During Reconstruction, the Florida Winter Home Association acquired the Sammis Plantation, including the cemetery. They repurposed the former plantation into a religious-focused winter resort modeled after the Ocean Grove Association in Ocean Grove, New Jersey. At this time, a community developed nearby that later came to be known as Clifton. The cemetery served as its communal burial ground until the early twentieth century. Clifton Cemetery is currently inactive and is set amongst post-World War II suburban residential development near the intersection of Magnolia Bluff Avenue, Garrison Avenue, and Noble Circle South in Arlington. Its continued maintenance and preservation is a legacy project of the Japonica Circle of the Jacksonville Garden Club, which first took an interest in the property in the 1950s. 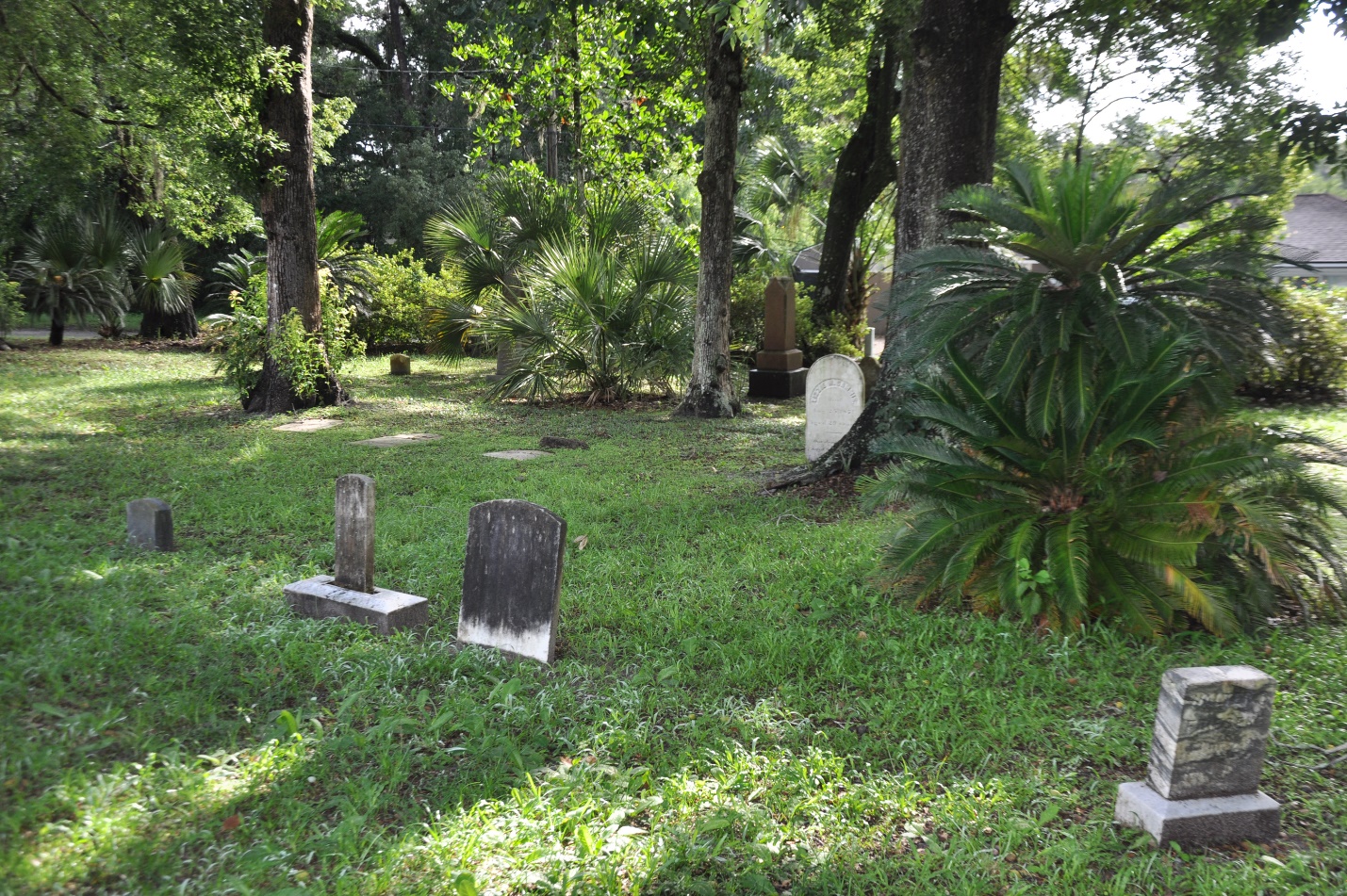