“We are honored to recognize these individuals for their commitment to fostering Florida’s folk arts and cultural heritage,” said Secretary Lee. “Their contributions have led to a greater appreciation and recognition of the importance of traditional arts and artists in our state.”

Established in 1985, the program is modeled after the National Heritage Fellowships. The Florida Folk Heritage Award honors individuals whose knowledge of and efforts on behalf of Florida folk arts, folklore and folklife have advanced the appreciation and conservation of Florida's dynamic folk cultural heritage and recognizes the outstanding stewardship of Florida’s living traditions.

Secretary of State Laurel M. Lee is pleased to announce the selection of The Florida Highwaymen, The Lee Boys, and Hunter Hill for the Florida Folk Heritage Award. 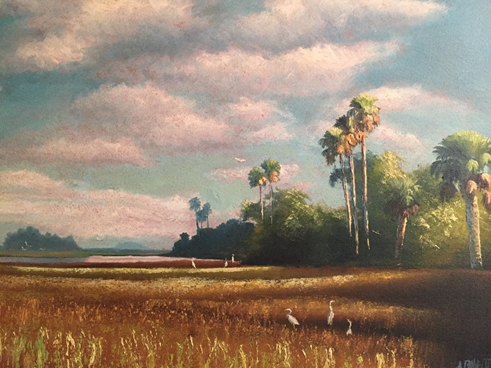 The twenty-six African American landscape painters known as The Florida Highwaymen, led by Alfred Hair, created opportunity with artwork in Central Florida during the ‘50s and ‘60s, with their now-iconic paintings displayed in homes and art galleries featuring Florida’s unique backroads, scenery and natural views. 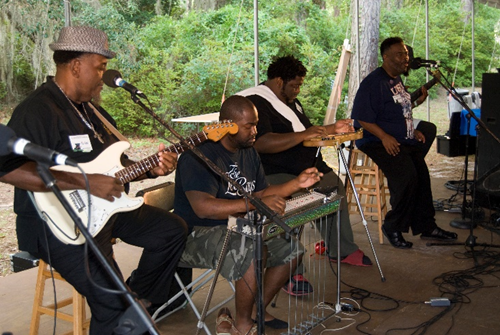 Formed as a family band at the House of God Church in the South Florida community of Perrine, The Lee Boys has become a pre-eminent touring ensemble, taking on the road their modern expression of Sacred Steel. Over the past 20 years, The Lee Boys have released four albums, packed prestigious venues, and spread their music and message beyond the church pews through residencies, recording studios and concerts across America. 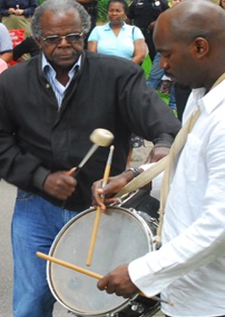 Hunter Hill is one of the few-remaining keepers of the 20th of May drumbeat, a drum pattern he learned 70 years ago during the annual Emancipation Day celebrations held in Leon County since 1867. Mr. Hill has taken care to make younger generations aware of the drumbeat and is participated in the 2019 Folklife Apprenticeship Program in order to pass it on as originally performed.

An award ceremony for the recipients will take place Saturday, April 9, 2022, at 4 p.m. at The Marriott at Cascade Park Ballroom in Tallahassee in partnership with the annual Word of South Festival.

About the Florida Folk Heritage Awards

Based on public nominations and recommendations from the Florida Folklife Council, the Secretary of State confers Florida Folk Heritage Awards annually. Awards are given to outstanding Folk Artists and Folk Culture Advocates who have made long-standing contributions to the folk cultural resources of the state. The program honors the state’s most influential tradition bearers and folk advocates for excellence, significance, and authenticity in terms of traditional arts. To make a nomination, contact State Folklorist Dominick Tartaglia 850.245.6427, or visit dos.myflorida.com/historical/preservation/florida-folklife-program/folk-heritage-awards/award-policies.

The Florida Folklife Program, a component of the Florida Department of State's Division of Arts and Culture, documents and presents Florida’s folklife, folklore and folk arts. Funded in part by the National Endowment for the Arts, the program coordinates a wide range of activities and projects designed to increase the awareness of Floridians and visitors alike about Florida’s traditional culture. Established in 1979 by the legislature to document and present Florida folklife, the program is one of the oldest state folk arts programs in the nation. For more information, visit flheritage.com/folklife.