Today, Secretary of State Laurel M. Lee announced that Tallahassee Downtown has been designated the February 2022 Florida Main Street Program of the Month.

“I am happy to recognize Tallahassee Downtown as the Florida Main Street Program of the Month,” said Secretary Lee. “By hosting a variety of community events throughout the year and supporting public art projects, Tallahassee Downtown has created a sense of place as the heart of Florida’s Capital City.” 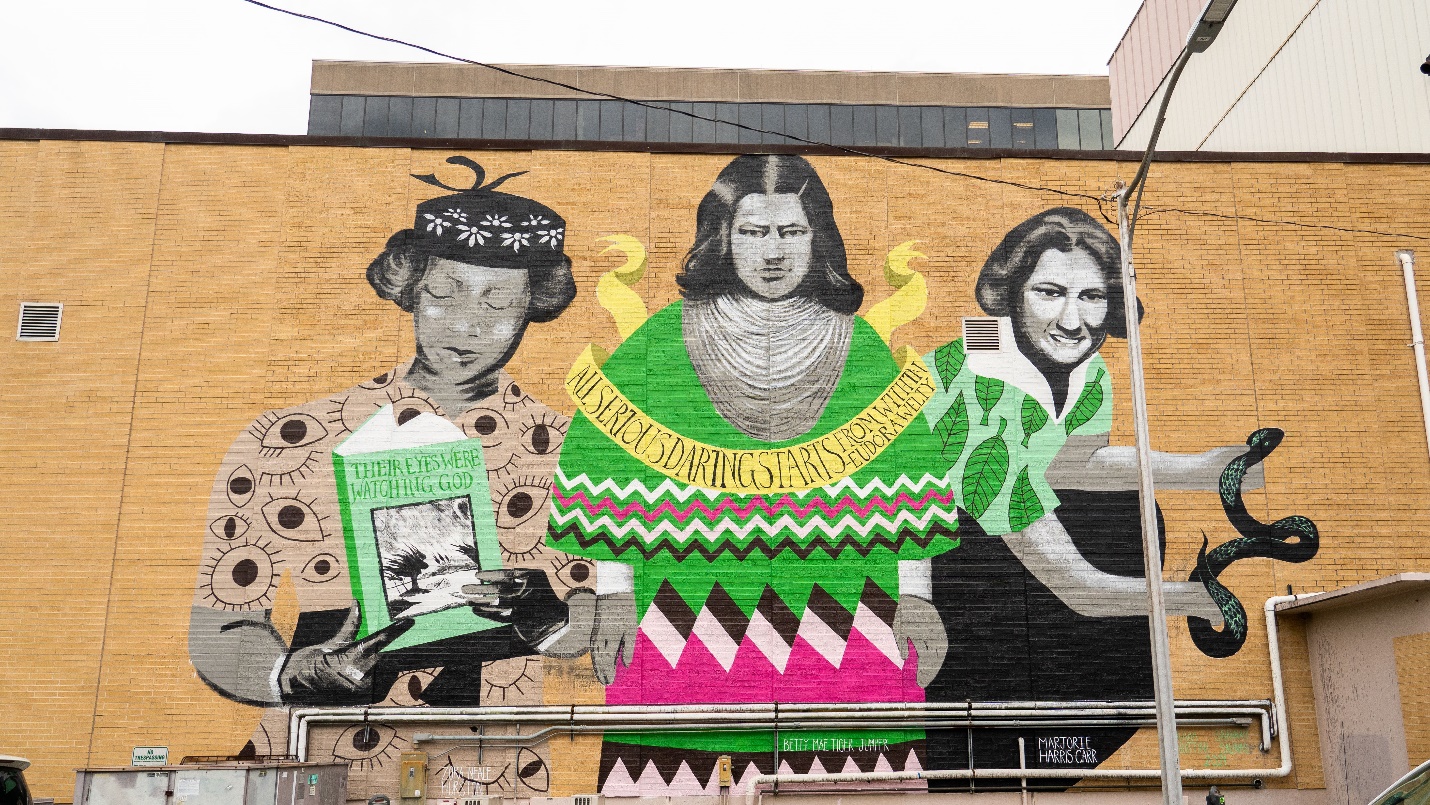 In 2021, Tallahassee Downtown received a facelift with the unveiling of “Project Daring,” a large-scale mural located on the Lumen Technologies building in their district. Commissioned by the Junior League of Tallahassee, the mural features portraits of Zora Neale Hurston, Betty Mae Jumper, and Marjorie Harris Carr, all of whom have been inducted into the Florida Women’s Hall of Fame. Completed by two local Tallahassee muralists, Olivia Barattini, and Savannah Salinas, Project Daring intends to highlight the past achievements of Florida women and inspire future leaders.

Florida Main Street is a program administered by the Division of Historical Resources under the Florida Department of State, which currently oversees 54 communities throughout the state. By implementing the National Main Street Center’s Four-Point Approach, Florida Main Street encourages economic development within the context of historic preservation through the revitalization of Florida’s downtowns – the community’s heart and soul.