Listen to the first Folklife Council meeting recorded on October 16, 1979, on Florida Memory. Dr. Bulger served as the Director of the American Folklife Center at the Library of Congress from 1999-2011. She began her professional career as Florida's first state folklorist (1975-1988) before becoming the Folk Arts Director and Senior Program Officer for the Southern Arts Federation, now South Arts. Dr. Bulger served as president of the American Folklore Society, co-authored South Florida Folklife, and edited Musical Roots of the South. She has produced several recordings, including Deep South Musical Roots Tour and Drop On Down in Florida, and has directed several ethnographic films. Dr. Bulger earned a Ph.D. in Folklore and Folklife from the University of Pennsylvania. Her dissertation is a study of folklorist and activist Stetson Kennedy, who was the director of folklore, oral history and ethnic studies for the Florida Writers' Project of the WPA during the 1930s and 1940s. After retiring from the American Folklife Center, Dr. Bulger returned to Florida where she continues to be active in the field of folklife with research projects and consultancies. Dr. Fromm is the former Coordinator of the Graduate Certificate in Museum Studies program at Florida International University. Dr. Fromm, a folklorist and museum specialist, has over thirty years of experience in museums and community projects in Ohio, Oklahoma, and Florida. Her work has ranged from institutions which emphasize ethnic cultural diversity to historic preservation. Dr. Fromm has published articles on immigrant-ethnic groups in America, Native Americans in museums, multicultural museums, historic preservation and community, Jews in Greece, Sephardic folklore, Greek folklore, and folk art. Fromm is the past-President of the International Committee of Museums of Ethnography, an international committee of the International Council of Museums. 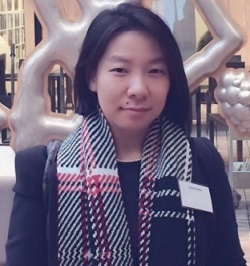 Dr. Lanlan Kuang is an Associate Professor at the University of Central Florida’s Philosophy Department. Specializing in Asian humanities, aesthetics, and heritage studies, her research focuses on China’s media and cultural policies and their impacts on the country’s socioeconomic developments. A Visiting Research Fellow at the world-renown Dunhuang Academy, Kuang is currently working with the Indiana University Press on a new book on heritage management and the Silk Road expressive arts. A prize-winning documentary film producer, Kuang worked with organizations such as the USIA and SCOLA Educational Network as liaison and project director. Kuang holds a Ph.D. in Folklore and Ethnomusicology from Indiana University, Bloomington and was on a Fulbright in China in 2008-2009. She is a Center for Ethnic and Folk Literature and Arts (CEFLA) Distinguished Fellow appointed by China's Ministry of Culture and Tourism for her contributions to safeguarding folk arts and heritage culture. She also served as the past President of the Florida Folklore Society. Her first monograph Dunhuang Performing Arts: The Construction and Transmission of “China-scape” in the Global Context (2016) is available at the Harvard-Yenching Library, Princeton-Marquand Library of Art and Archaeology, Stanford East Asia Library, OSU Music and Dance Library, and other research venues. Dr. Landeros is an artist, arts journalist and scholar who specializes in opera and carnival. A trained classical soprano, she has studied Afro-Cuban, Haitian and Colombian folkloric dance, drumming and song for more than two decades and has performed with the folkloric troupes Iroko Afro-Cuban Dance Theater and Troupe Manno Mercier. She is the founder and director of Carnival Arts, an arts education program that has offered workshops in the dance, drumming and masquerade traditions of the Caribbean and Latin America for youth across the state of Florida. Her scholarly work has appeared in journals such as Dance Research Journal, Small Axe: A Caribbean Journal of Criticism and Public: A Journal of Imagining America. She is the co-editor of the anthology Everynight Life: Culture and Dance in Latin/o America (Duke University Press, 1997) and is currently completing a manuscript on Carnival Arts for Caribbean Studies Press. Dr. Landeros shares her knowledge of popular and folkloric performance with the general public, as a regular arts contributor to the Miami Herald, WLRN radio, Miami New Times and Opera News and as the founding editor of the South Florida arts media bureau, Artburstmiami.com. 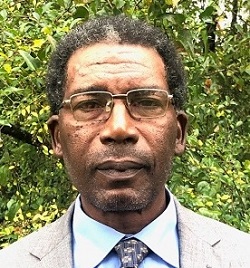 A small-business owner and community leader in Jackson County, Danny Sylvester is an important figure for the preservation of African American folkways and history in the Panhandle. Mr. Sylvester owns and operates Renaissance Park, a 40-acre wilderness park about 8.5 miles northeast of downtown Marianna. This bi-annual festival and the open-air museum in which it is housed not only curates an important perspective on Florida’s history and folkways but is also supports economic development of Jackson County by promoting minority-owned small businesses. Mr. Sylvester also serves as a Cultural Preservationist for the John G. Riley House & Museum, where he is a specialist on historical techniques used and passed down by rural African American communities in Florida, such as cane syrup refinement, broom making, and jelly making. Additionally, he is a contributor to the Florida African American Heritage Preservation Network, where he has developed landmarks for African American tourism sites in North Florida, contributed content in the Florida Black Heritage Trail Magazine, and is currently the process of restoring and preserving Graham’s Place, an African American historical landmark in Marianna. Dr. Natalie Underberg-Goode is Professor of Digital Media and Folklore at the University of Central Florida Nicholson School of Communication and Media, specializing in the use of digital media to preserve and disseminate folklore and cultural heritage. She is the lead author of the co-authored work Digital Ethnography: Anthropology, Narrative, and New Media (University of Texas Press, 2013), author of Multiplicity and Cultural Representation in Transmedia Storytelling (Routledge, December 2022) as well as more than 30 articles, book chapters, and conference proceedings. Her research has been presented at many national and international conferences. In addition to research, Dr. Underberg-Goode has developed core courses for the Digital Media and Latin American Studies programs and electives for the Film and Texts and Technology programs at UCF. She currently teaches courses on digital storytelling and research. Brian Zepeda has served for 10 years as a Seminole Tribal Council Liaison. He has also served as the Operations Manager for the Ah-Tah-Thi-Ki Museum for 13 years. He headed the Florida Seminole Tourism department for 4 years and has served on the board of numerous museums and history foundations. He served on the Florida Governor’s Council on Indian Affairs from 1998 until 2004. Zepeda is also a successful native artist who teaches all Seminole arts including woodcarving, sewing, silverwork, leather work, storytelling, songs, hunting and history. He has spoken at international conferences on balancing the need to protect Seminole culture while also sharing aspects of it with the public. He has been featured in National Geographic Magazine, First American Art Magazine, Florida World Magazine, in the book, “Just Above the Water: Florida Folk Art” and in the Cherokee Nation Museum of Oklahoma’s exhibit, “Beadwork Storytellers.” Zepeda has served as a consultant for the History Channel, Discovery Channel, Nat Geo Wild, WPBT and WGCU. Zepeda’s art can be seen in the collections of The Ah-Tah-Thi-Ki Museum, The Historical Museum of Southern Florida, The National Museum of the American Indian and The Museum of Florida History as well as numerous private collections.