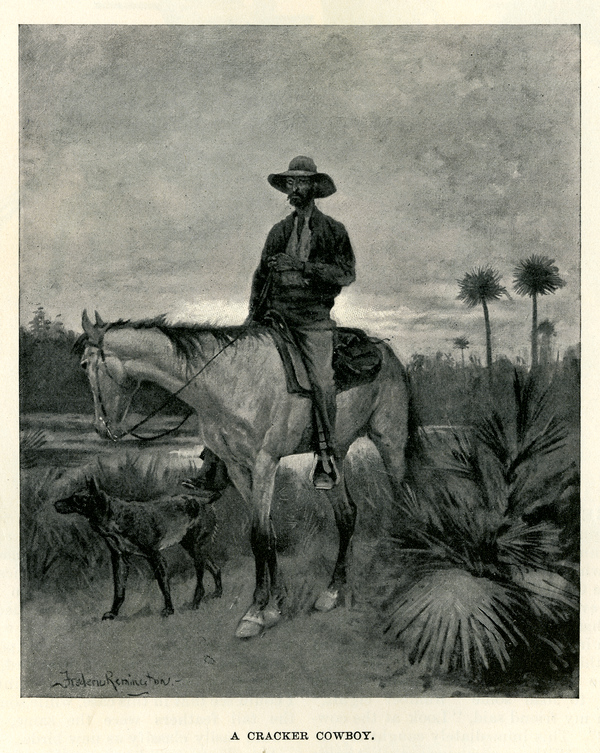 Florida’s cattle industry began when the early Spanish explorers brought livestock to the Peninsula in the 1500s. From this European stock came the “cracker cow,” a heat-hardy breed well suited to Florida’s hot and swampy climes. The cattle were allowed to roam freely, such that cowboys would need to round them up for a cattle drive to various ports for sale to Cuba and other Caribbean islands. Florida sold beef to both Confederate and Union troops during the Civil War, as beef and salt were of major importance to soldiers.

Cracker cowboys needed to know how to live off of the lands they collected the cattle from. While cowboys did eat dried beef, they were just as likely to eat a Florida delicacy: swamp cabbage. Swamp cabbage, or hearts of palm as we know it today, could be easily found and harvested to create a cheap and tasty meal, especially when cooked with bacon fat. The sabal palmetto has a tender core that can be found once the out “boot” of the core is removed. Lands in central and south Florida would be covered in these palms by the thousands, ready for a hungry cowboy to come along and cook up. The meal might also include tomato gravy, rice, and cornbread.

The families of these cowboys, proudly known as Florida crackers from the sound of the whip crack to drive the cattle, also lived off the land. They would also eat venison, wild turkey, quail, and soft shell turtle. Okra was another prominent vegetable on the menu for Florida crackers. With the long summer growing season, fresh vegetables would have been easy to grow in abundance for the homesteads.

For more on Florida cattle ranching traditions, you can listen to this Cracker foodways and poetry demonstration at the 2007 Florida Folk Festival Folklife Stage. 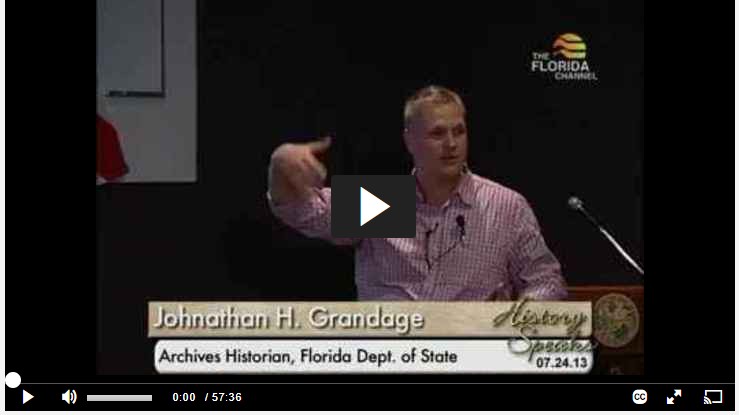 You can find additional resources from the Florida Folklife collection here.