The Citrus Industry in Florida 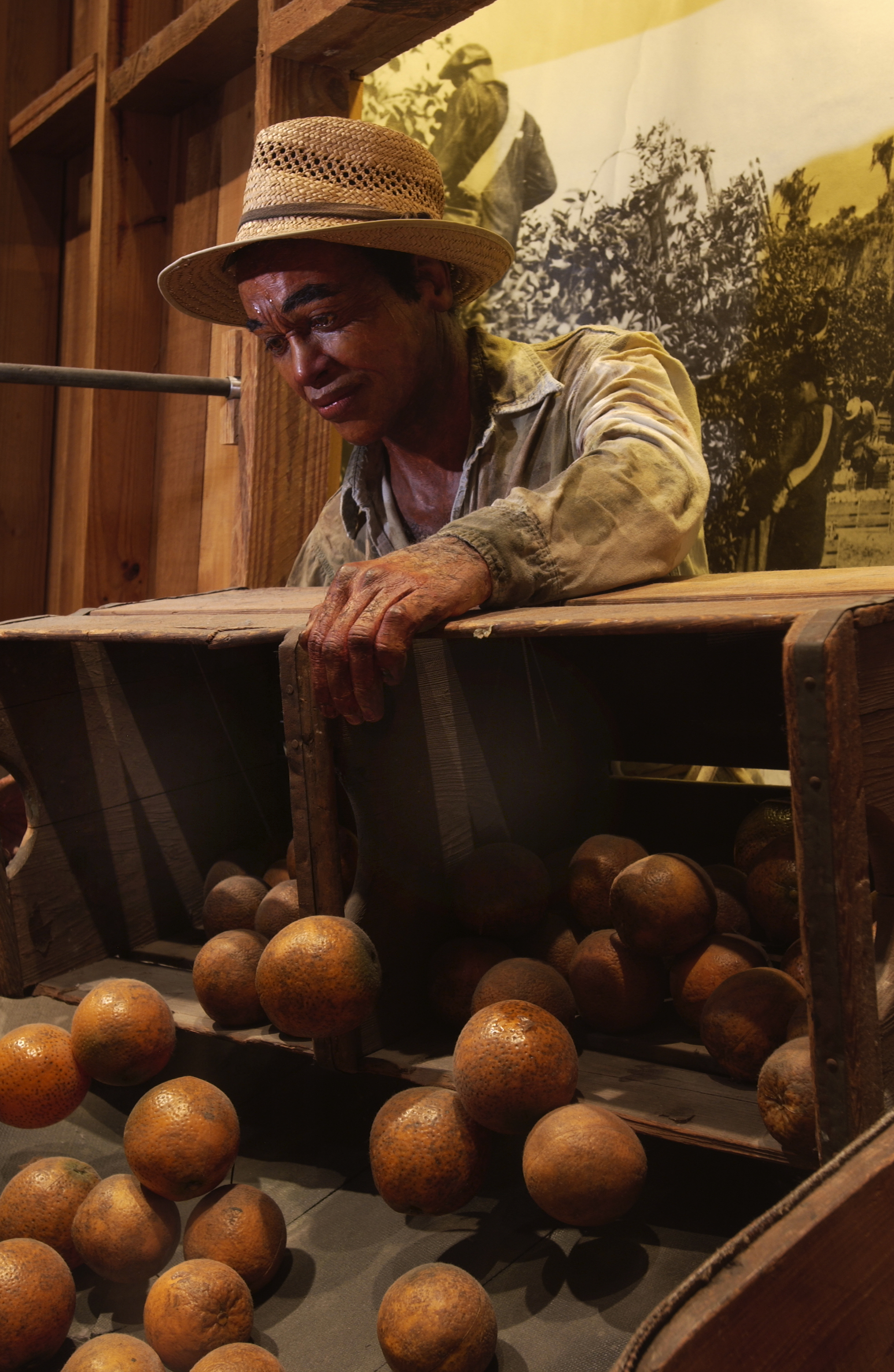 Florida is one of the world’s largest producers of citrus, yet citrus did not have its beginnings here. It originally came from southeast Asia and spread westward. Oranges first reached the New World in 1493, carried aboard ships commanded by Christopher Columbus.

Soon afterwards, the Spanish brought citrus to Florida. Florida Indians obtained seeds from Spanish missionaries and helped establish the growth of the fruit. The British were the first to grow citrus commercially and the endeavor continued after Florida became a US territory in 1821. While most oranges were grown and consumed locally, some sellers shipped fruit to northern markets.

Ultimately, most of these modest early attempts at cultivation failed, hampered by cold weather ad disease. The effects of the Civil War and the lack of markets and reliable transportation also stifled these efforts. It was not until the mid-1870s, three centuries after the introduction of citrus to Florida, that the potential for commercially growing citrus developed.

During the mid-1870s, Florida was seen as a land of opportunity and groves returned high profits. The citrus industry entered its first boom. The news of profits, real and potential, created “orange fever.” Soon entrepreneurs were flocking to Florida seeking riches as citrus growers.

Despite the exaggerated claims of promoters, developing a commercial Grove was not easy. Many victims of “orange fever” lacked money and the means of cultivation. Young trees required several years of care before they produced fruit in quantity, and the life of a citrus baron was much harder than expected. As A. A. Robinson observed “there was a long hungry gap between raw pinewood and groves of bearing orange trees.”

During this time, labor within the citrus industry was composed of whites and former slaves. Jobs as "bagman" were some of the most important. These laborers were eagerly sought by growers because they did the backbreaking jobs of picking and pruning, which cannot be done by machine. By the early 1920s, the industry provided jobs for much of Florida's population. 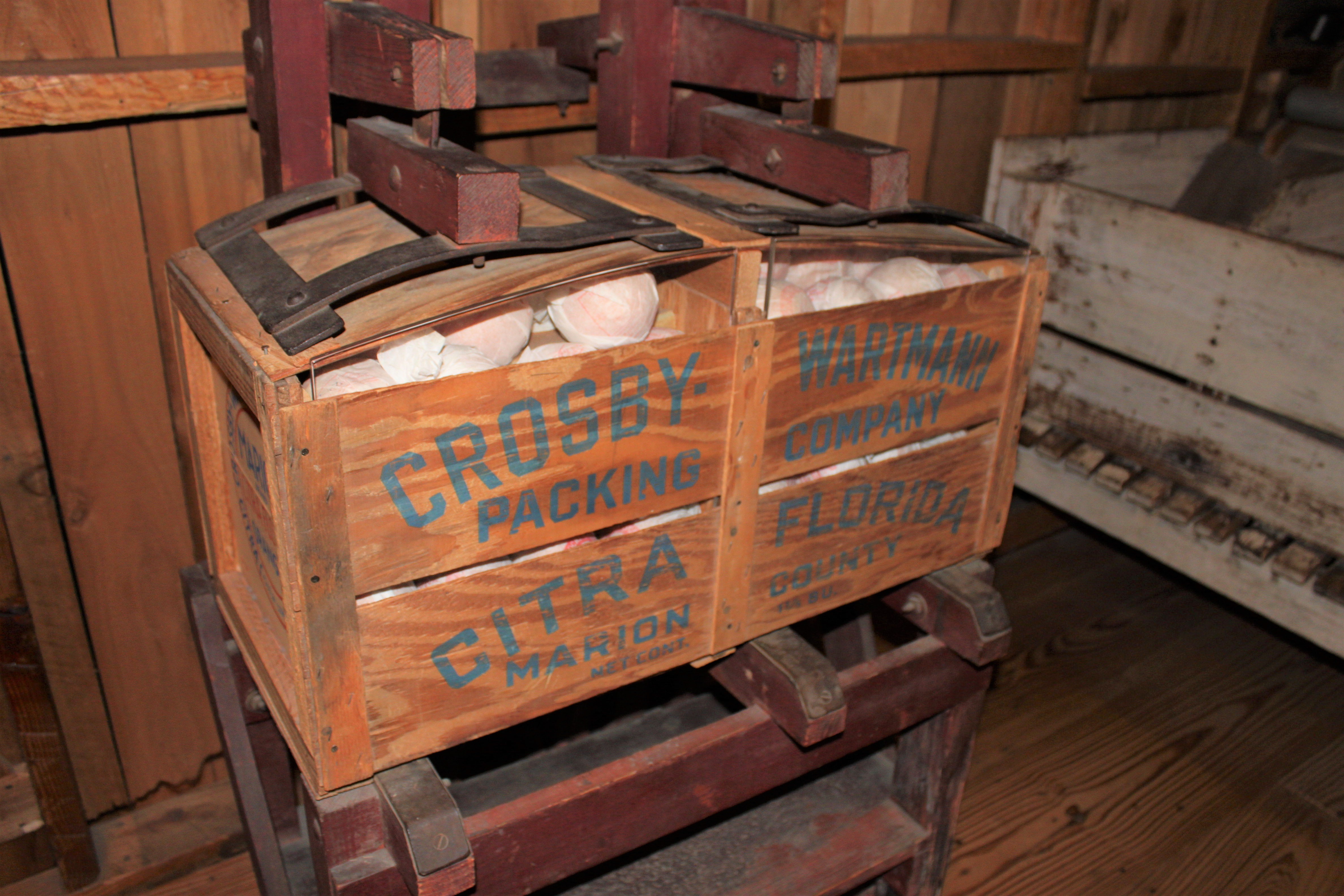 In 1875 E.B. Bean revolutionize citrus packing methods by introducing the 90-pound nailed box. Holding 90 pounds or 1 3/5 bushels, this divided crate was the standard box for packing citrus until the mid-1930s

By 1876 Florida emerging citrus industry was growing rapidly and greatly in need of better transportation. Steamboats laden with citrus were common sight along the state’s coastal and inland waterways. In 1875, Henry S. Sanford remarked, “I see no end of new boats on the St. Johns.” Shipyards lined the waterfront and small homemade boats joined the steamboat traffic. During the mid-1880s steamboats traveled over 400 miles of Florida's waterways. However, delays and irregular service was routine. Along the Ocklawaha, it was said that the biweekly steamboats were “try weekly” because they went down one week and “tried to get back the next.”

In early 1894, northeastern Florida was a booming area of orange groves, packinghouses, factories, and railroads. Production had reached five million boxes. Citrus production during this period was so great growers sought an alternative to marketing fresh fruit. Commercial canning with automated equipment was the answer. This new form of citrus allowed for year-round marketing.

As early as the 1860s railroads had an important influence on the Florida citrus industry they allowed growers to ship their fruit to market quickly and during the 1880s, they open new areas for cultivation as railroad lines spread into central and southern counties. The citrus industry followed, especially after the freezes of 1886 and 1894-95. Polk County has its own railroad line in 1883, contributing to its rapid growth as a major citrus producer.

This expanding market for citrus, improved transportation, and good weather had helped establish the industry but, the “one-two punch” freezes of 1894-95 known as the “Great Freeze” changed all this.

The first freeze (December 1894) severely damaged groves throughout the citrus belt. Yet warm weather and new growth on recovering trees raised hope among growers. The second freeze (February 1895) however, had devastating effects. In less than 24 hours, the temperature dropped 62°F, killing or damaging every citrus tree in the area. Lake County alone lost 99% of its trees. 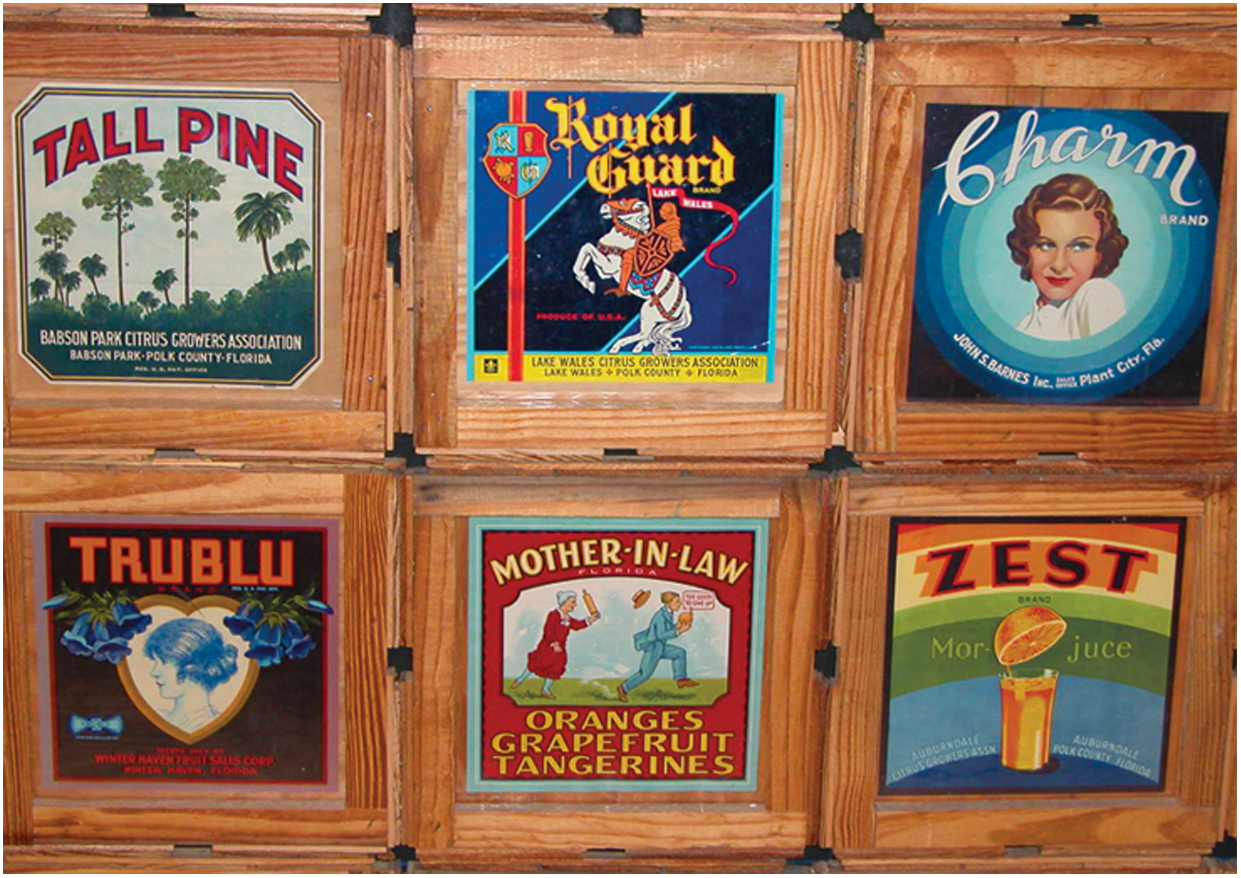 Precautions taken to protect groves had been developed several years before the Great Freeze. The US Weather Service would issue warnings to Jacksonville, which were then relayed south by train. The engineer blew the train whistle six times every 3 miles. Growers then “fired” their groves with smudge pots or log fires, insulating the trees with smoke. But, Weather Bureau policy provided proved inadequate—there were no warnings prior to the great freeze.

After the Great Freeze, the citrus industry entered a period of transition. Many disillusioned settlers and bankrupt investors left Florida. Others moved further south into areas unaffected by the freezes. The northern growing area along the St. Johns, once the center of the industry, was largely abandoned. Some towns never fully recovered from the economic disaster. Others, like Sanford, looked to alternative crops. 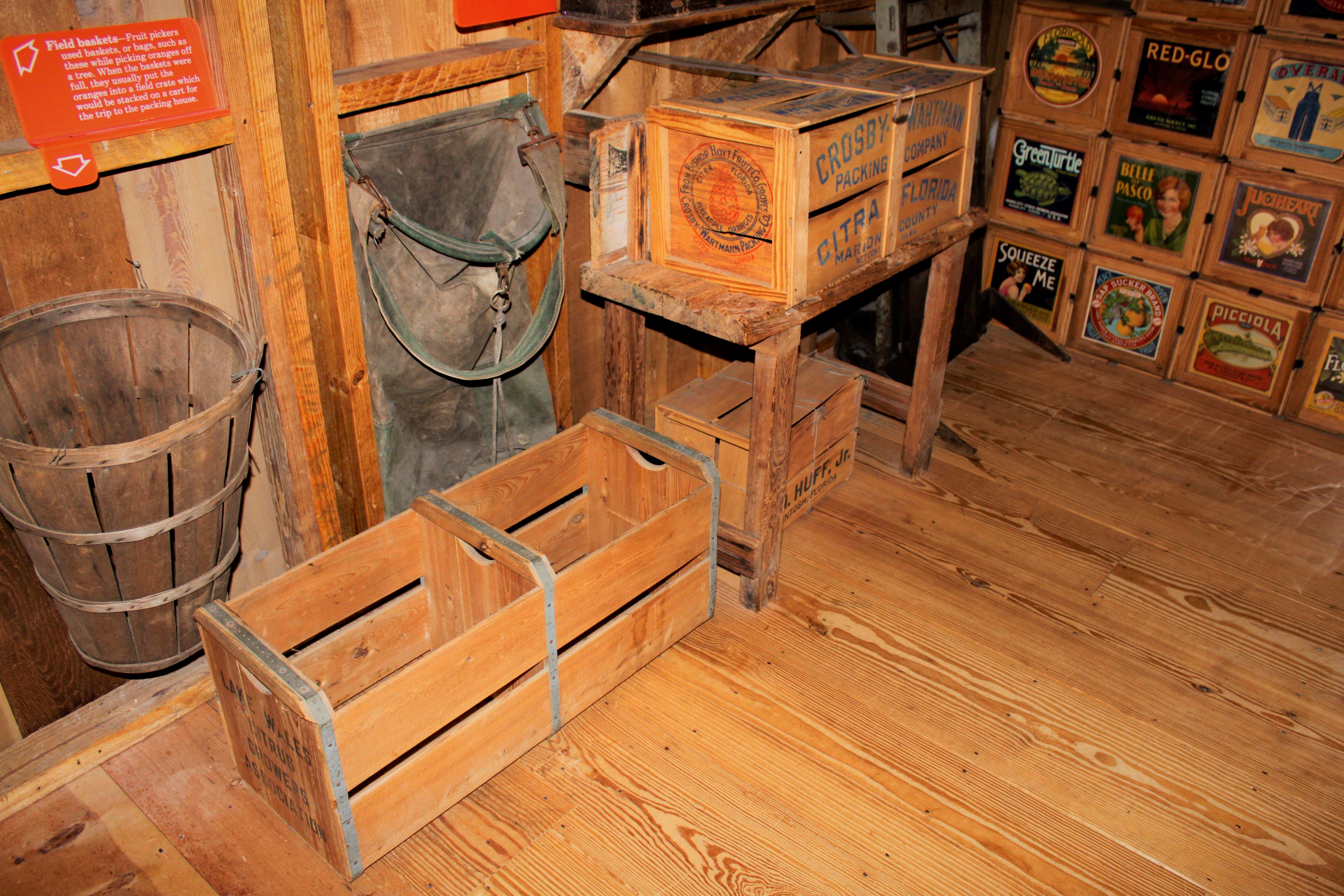 But the industry was not forsaken. As the citrus belt shifted south, Orange, Lake, and Polk counties became the main areas a citrus production. By 1909, production had returned to the 1894 level.

In the early 1920s Florida and the citrus industry enjoyed another boom. Full-scale advertising and the reasonable cost of cars attracted tourists and residents. Promotion fed a giant land boom, and speculation was widespread—especially in Miami. Property values increased tremendously between 1922 and 1926. Values in Miami rose almost 600%.

In 1926 a severe hurricane ravaged South Florida. The tremendous loss of life and property led to the total collapse of the land boom. Although the groves suffered little damage, many financial institutions were crippled. Banks could not make loans and growers went bankrupt. The state’s problems were compounded in 1927 when a freeze damaged trees and fruit. Problems mounted as another hurricane destroyed 1 million boxes of citrus in 1928.

But the worst disaster struck in 1929. The Mediterranean fruit fly (Ceratitis Capitata) was found infesting 75% of the state citrus trees. To eradicate the pest, entire groves were cut down and burned. Citrus areas were quarantined and fruit shipments were embargoed. Disaster within the state was so widespread that it disguised the effects of the nationwide great depression. The golden age for Florida and the citrus industry had ended in despair; neither would recover until World War II. 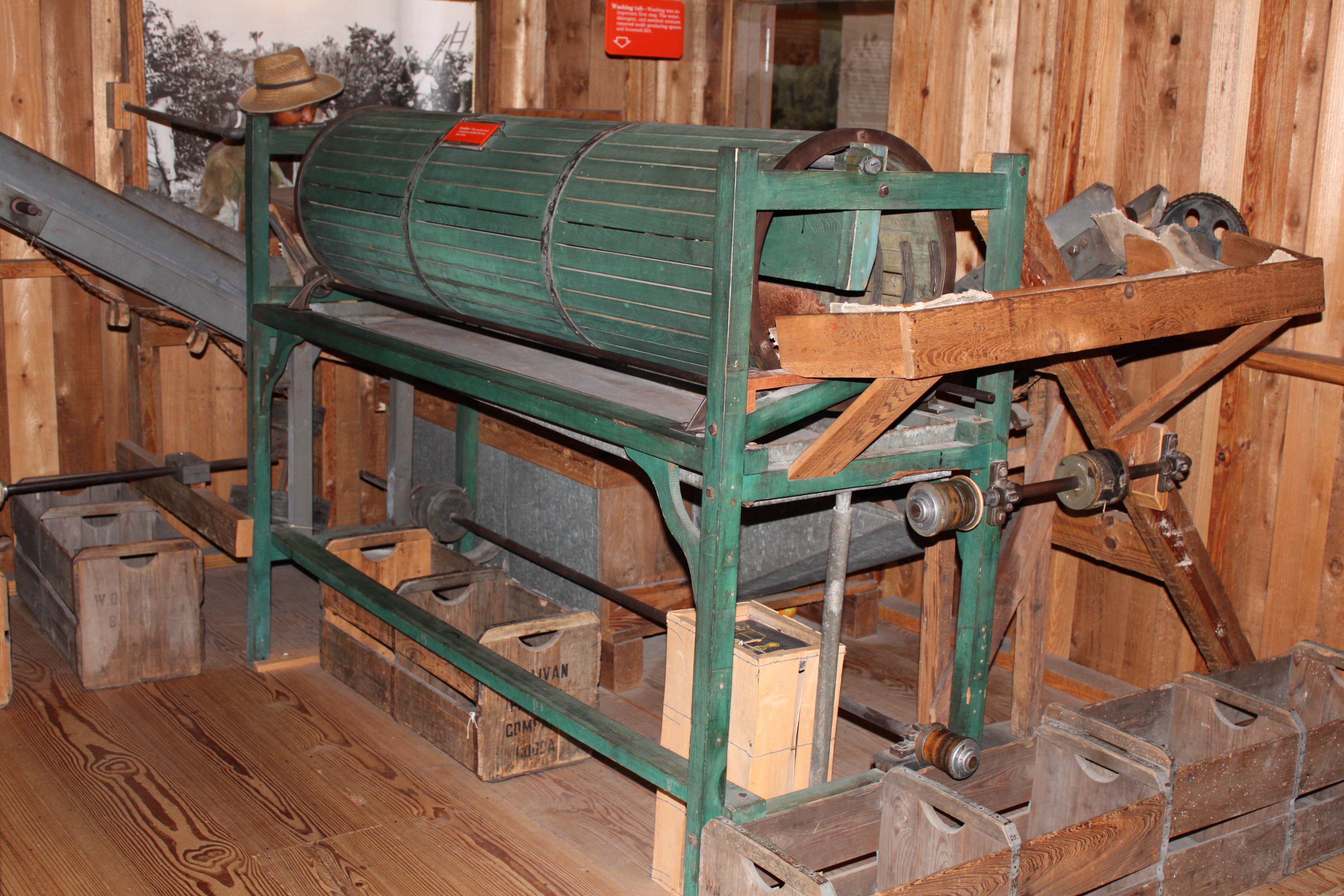 At the outbreak of World War II, demand for citrus was brisk. When the US entered the war in 1941, the government requisitioned all processed citrus products. This guaranteed growers stable market and good prices for their fruit. Additional federal spending restored prosperity to Florida and the citrus industry. Tax incentives stimulated an increase in planting, and federal funds financed the construction of two large processing plants.

During the war years, the demand for processed fruit stimulated scientific research. In 1943, a project funded by the Florida Citrus Commission led to the development of frozen concentrate. The development of concentrate signaled a new direction for the industry. It provided a convenient year-round source of orange juice and was an economical way to transport citrus products to market.

Another boom period followed the war as the state and nation enjoyed economic prosperity. Over a million servicemen had trained in the state and many returned as residents. Tourists were again drawn to Florida by its citrus image of sunshine and health. And the excitement of the space program brought even more people to Florida. 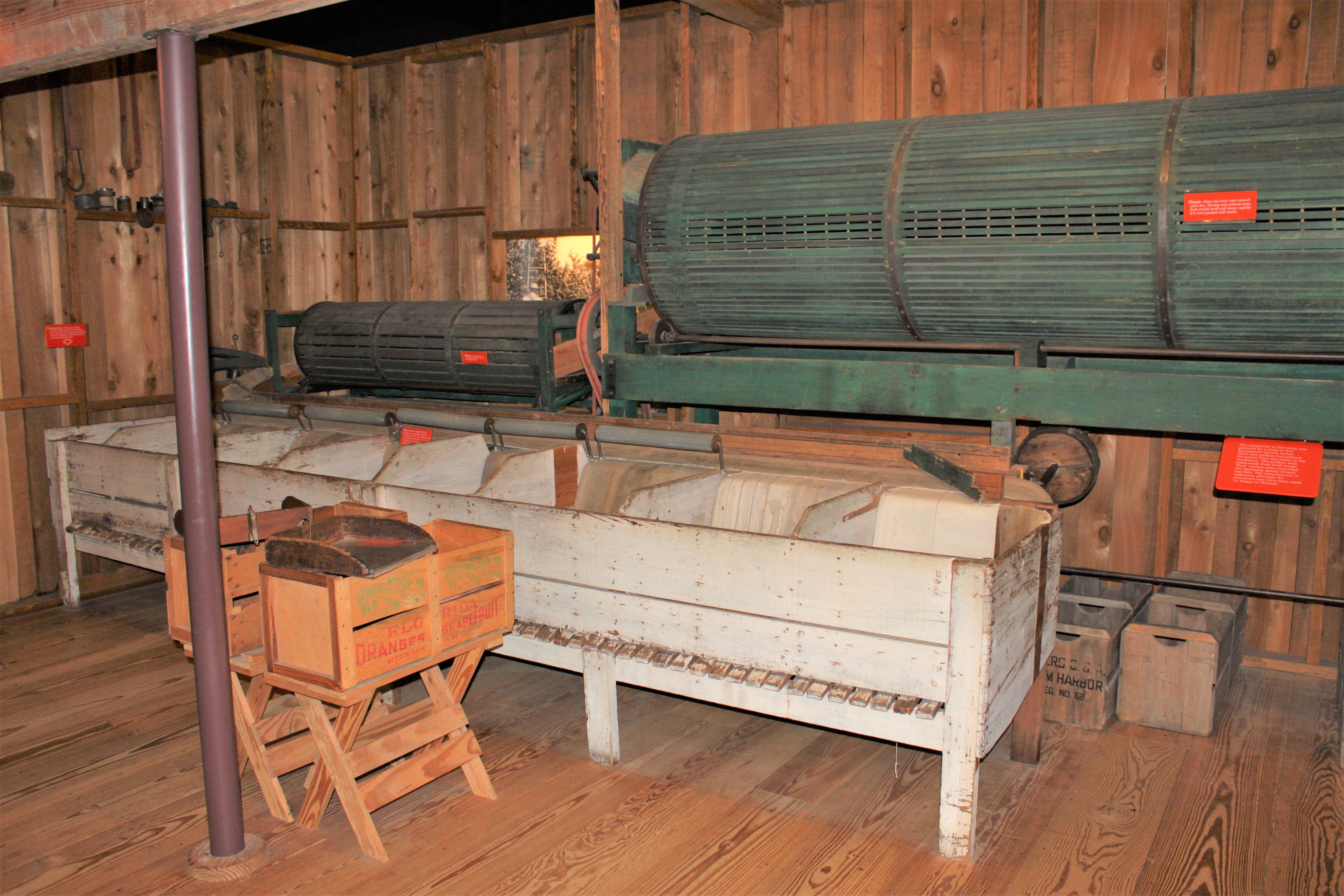 This great immigration and its demand for land tempted many growers to sell. Groves were taken for cities, subdivisions, and launching pads. Those who kept their groves were forced to plant trees much closer together. Improved land-use and high-grade fertilizers made this possible.  In 1915 there were 38 citrus trees planted per acre. By 1960, the average was 92. Despite such pressures, citrus today still grown over 845,000 acres.

After 1945 the role of the individual citrus grower was greatly diminished. The popularity of frozen concentrate was very influential, and between 1945 and 1960 demand for processed fruit grew 120%, but few could afford to build or maintain the processing plants. Those who could often sought to guarantee supplies of fruit and bought many acres of citrus. By 1960 many groves were over 100 acres and some of the largest over 5000. This tended to centralize grove ownership among corporations and conglomerates. The citrus industry, once a family-oriented operation was now a full-scale agribusiness.

The citrus packing house pictured here was used until 1935. It has been completely reassembled in the Museum of Florida History.