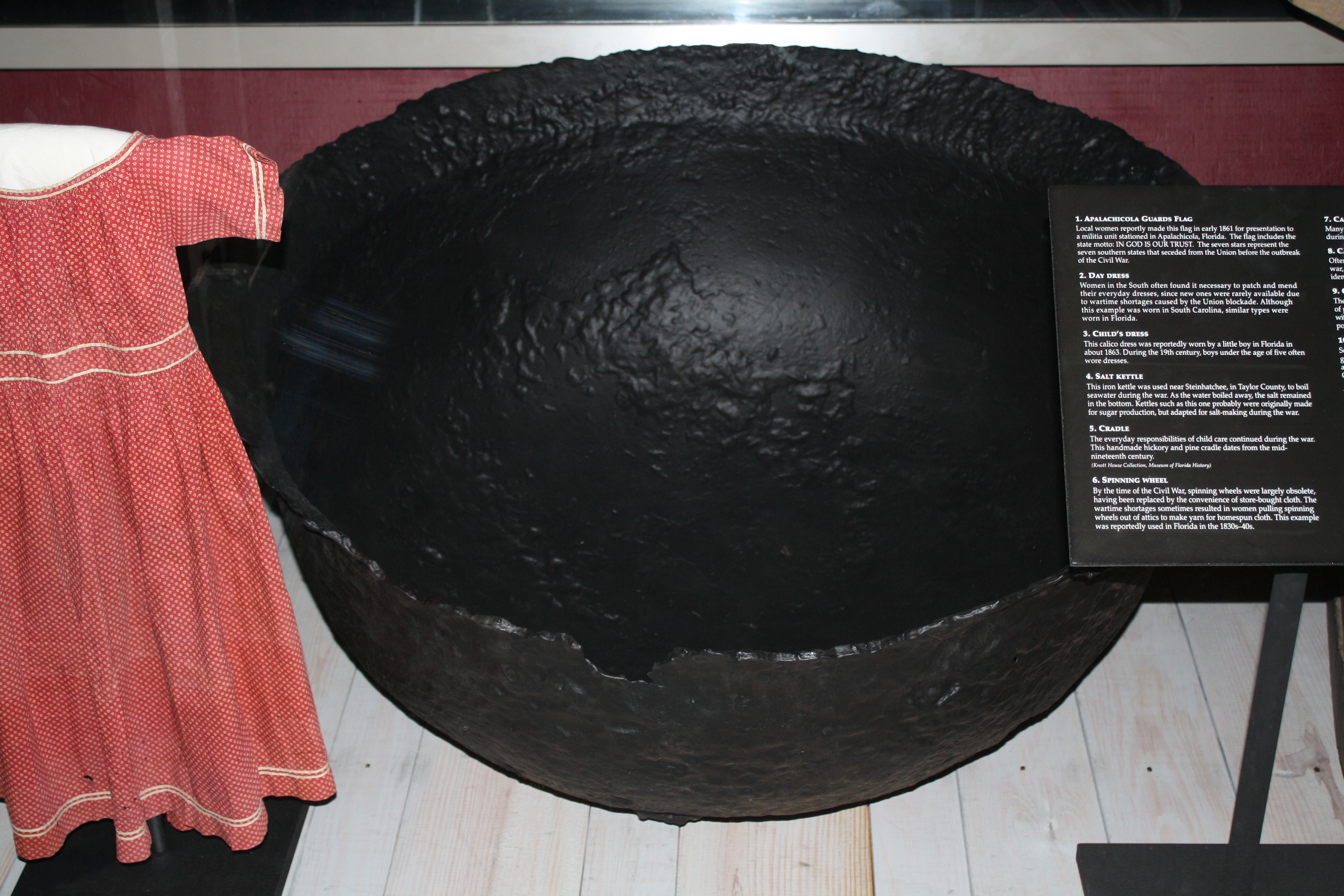 While 1860s Florida was only lightly populated, with just around 150,000 in total, and lacked the industrial resources and infrastructure to produce war materials, its rich resources were crucial to the Confederacy, especially beef and salt.

Not lacking in access to saltwater, salt production was a major industry in Florida.  With the Union blockade of the state, the Confederacy could no longer rely upon imported goods and so turned to local production of goods.  Along Florida’s coastline many salt works were built to gather the mineral.  Giant iron kettles such as the one pictured here (used near Steinhatchee, in Taylor County) would be filled with salt water and placed over a large fire.  Over time the water would evaporate away, leaving the salt which could then be collected and shipped away.  These factories could greatly range in size and complexity. 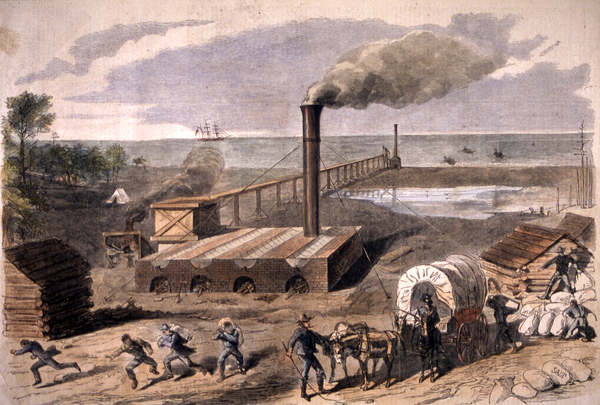 These factories quickly gained the attention of the blockading Union ships, as the required fires produced easily visible smoke and excellent well-lit targets at night for their naval guns. The Union often raided the coastal saltworks, a multi-million-dollar war industry that the Union attacked with guns and fire.

Image: Destruction of a rebel salt factory, on the Florida coast, https://www.floridamemory.com/items/show/26986