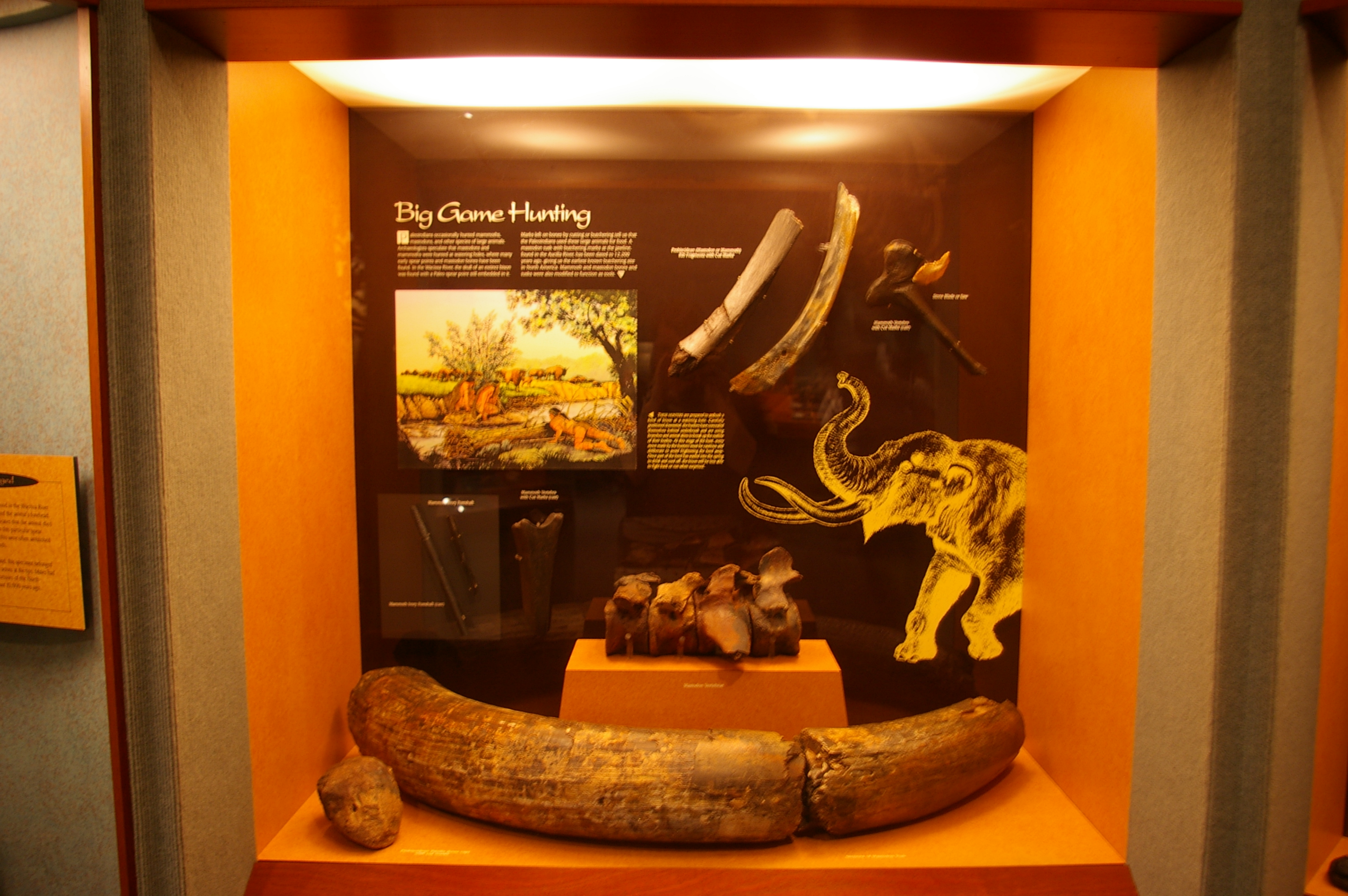 Paleoindians occasionally hunted mammoths, mastodons, and other species of large animals. Archaeologists speculate that mastodons and mammoths were hunted at watering holes, where many early spear points and mastodon bones have been found. In the Wacissa River, the skull of an extinct bison was found with a Paleo spear point still embedded in it. Marks left on bones by cutting or butchering tell us that the Paleoindians used these large animals for food. A mastodon tusk with butchering marks at the jawline found in the Aucilla River has been dated to 12,200 years ago, giving us the earliest known butchering site in North America.

Although mammoths, mastodons, giant sloths, and other large game animals could not survive the climatic changes at the end of the last Ice Age, the human inhabitants successfully adapted to changes in their surroundings. The development of Florida’s wetlands brought many new opportunities for hunting and collecting food 7,000 years ago. Freshwater and saltwater shellfish such as oysters, clams, snails, and mussels became an important part of the Archaic people's diet. The whitetail deer provided a good source of meat, and other animals such as raccoon and rabbit were also hunted or trapped.

The St. Johns River people on Hontoon Island (near Orlando), as depicted in the Museum’s life-size diorama, inhabited the area beginning around 550 B.C.E.  They dug out canoes for gathering food and built up huge shell mounds, with sturdy palm-thatched houses on them. Life along the river was good, and food was plentiful. Their diets consisted of fish, snails, and other marine creatures.

This scene depicts what a village near the Lake Jackson mounds may have looked like. Activities associated with farming, hunting, or gathering occurred daily. Ceremonial activities probably took place in the plaza. Priests or ceremonial officials may have lived in structures atop the mounds.

Agriculture was an important part of the lives of the Lake Jackson people. Farming was hard work – there were no machines or domesticated beasts of burden. The people planted and grew much of their food, including corn, squash, and beans, and gathered other good, like berries and roots.