Spanish explorers venturing to the Florida faced unique food challenges aboard ships like this replica of the deck of a Nao. This Nao is just over 60 feet long, which is an average size, and is about the same length as a standard bowling lane.  For the crew working aboard, this space would be home for months as they traversed the ocean and traveled along the coastline.  Total crew size varied, with some having an average of somewhere between 30 – 60 men.

A 16th century voyage across the Atlantic to North America required food and supplies for several months—supplies that could spoil quickly or face threats from rodents or insects. A ships provisions had to last the length of the trip and feed the entire crew, so food was often rationed. As there was no refrigeration, sailors would eat the foods that spoiled the quickest at the beginning of the voyage. Foods like meat and fish were often dried, salted, smoked, or pickled to make them last longer. Living spaces were cramped and dirty and cooking was done on deck—when weather permitted. The journey was not pleasant or easy. Still, Europeans continued to take the risk and make the dangerous ocean crossing to the Americas. 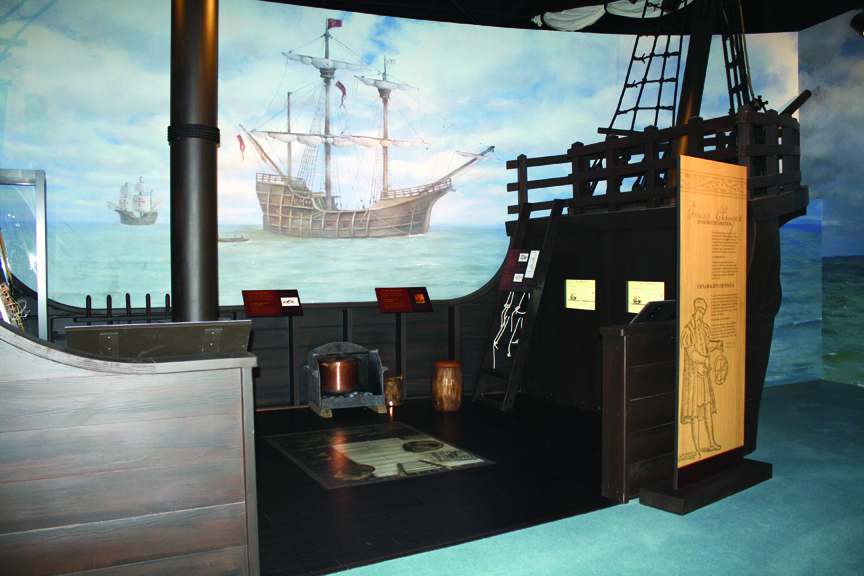