Food and Cooking in the 17th Century

Mission San Luis depicts life at the mission in 1703,  a time and place where Apalachee Indians and newcomers from Spain lived together.  The artifacts found at this active archaeological site illustrate this melding of cultures and offer clues to how the people at the mission lived. 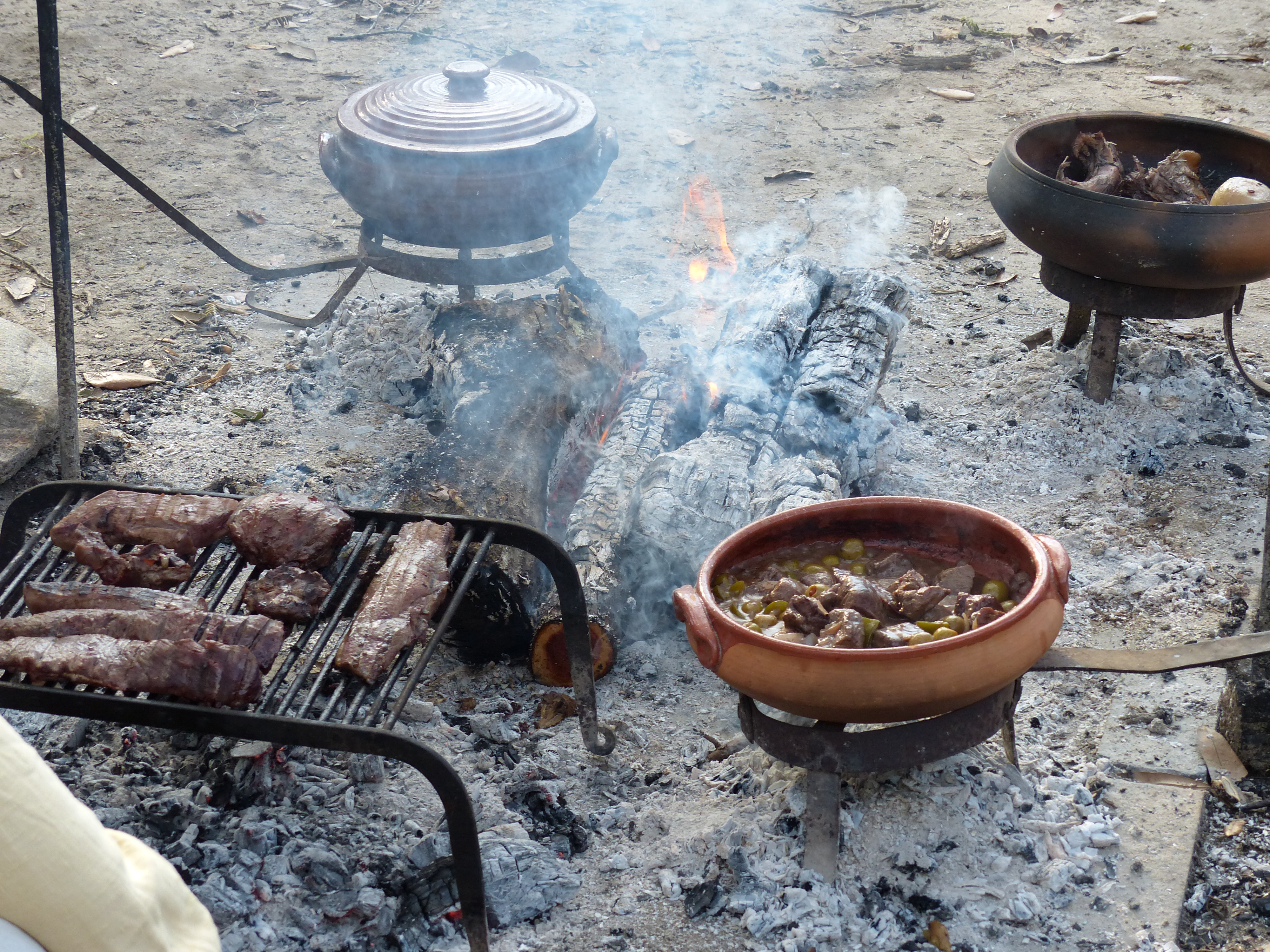 Cooking areas in 17th century Florida looked very different than kitchens today. Both the Spanish settlers and the Apalachee Native peoples at Mission San Luis cooked most of their food using an open fire: basically, a small fire burning in a fire pit. However, there are different ways to cook food using the fire. If they wanted to make a stew with a mix of meat and vegetables (like beef and onions, or rabbit with beans and corn) that could feed a lot of people, they used pots placed near the fire. The cooking temperature could be adjusted by moving hot coals/ash from the fire closer or farther away from the pot.

Because Apalachee women did the majority of the cooking at San Luis, they often used their own types of clay cooking pots. In fact, the types of cooking pottery found during archaeological excavations at Mission San Luis were overwhelmingly Apalachee-produced. The Apalachee (and many other Florida Tribes) used different types of pottery for almost every aspect of foodways: gathering/carrying food and water; processing, cooking, and serving food; and storing food. Check out some of the Apalachee/Florida Native pottery found during excavations at San Luis in our online collections gallery. To learn more about (To learn more about Apalachee Indian women’s role in Florida Foodways history see Cooks of Colonial Florida: Apalachee Women. 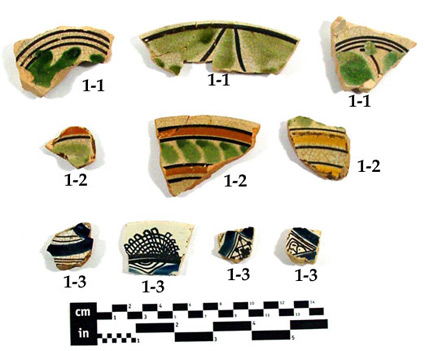 In contrast, the Spanish seem to have brought little earthenware cooking pottery to San Luis (with the exception of the common Spanish tinaja or olive jars used for food storage and transport.) There was apparently less need to ship much basic Spanish cooking pottery to the community from abroad because Apalachee women had their own varieties that could be used. However, archaeologists have found a sizable quantity of elaborate, tin-enameled Majolica ceramics from Mexico at San Luis. (Pictured here) Nearly all of the majolica found at Mission San Luis was produced in Mexico, and brought to the village by merchants via ship. Spanish settlements in Mexico even began creating distinct types of majolica that were different from the types produced in Spain! It shows the relative wealth of the Spanish community at San Luis that they could afford to have these special pieces of dishware in their homes. 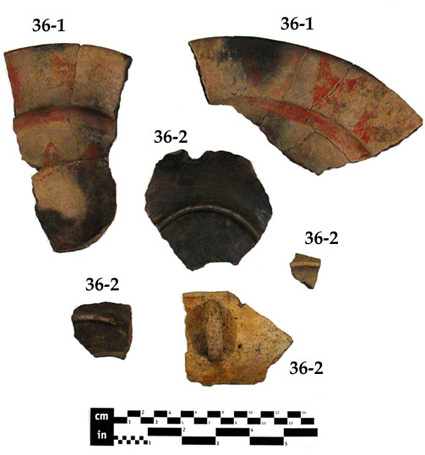 One type of pottery used at San Luis even blended Apalachee and Spanish foodways cultures together: Colonoware (pictured here). Colonoware is 17th century pottery that looks like forms of dishware from Spain (plates, pitchers, flatbottom pots, cups, and cooking skillets), but was made by Apalachee women potters. These were types of dishware forms that Spaniards were familiar with and desired to have. But why have a basic pitcher for everyday use shipped all the way from Cuba or Spain when there were skilled pottery makers in the region who could study the new dishware shape and make one for you?

Pottery was only one of the cooking tools used in the Apalachee “kitchen.” One Spanish observer described the Apalachee baking acorn flour bread on little wooden racks or spits placed near or over the fire. And while Spanish spoons and serving utensils may have become popular, Southeastern Native Americans also have a
tradition of using hollowed-out gourds as soup/stew ladles or as bowls.

Archaeologists have found fragments of a number of clay balls at San Luis. The Apalachee may have used them as a tool to keep their food hot! (You can learn a bit more here.) If they wanted to roast meat, the Spanish may have used metal spits to attach meat to and turned it to cook over the fire. Some Florida Native peoples roasted fish and other meats by spearing it on a stick or wooden spit and placing it near or over the fire to cook. 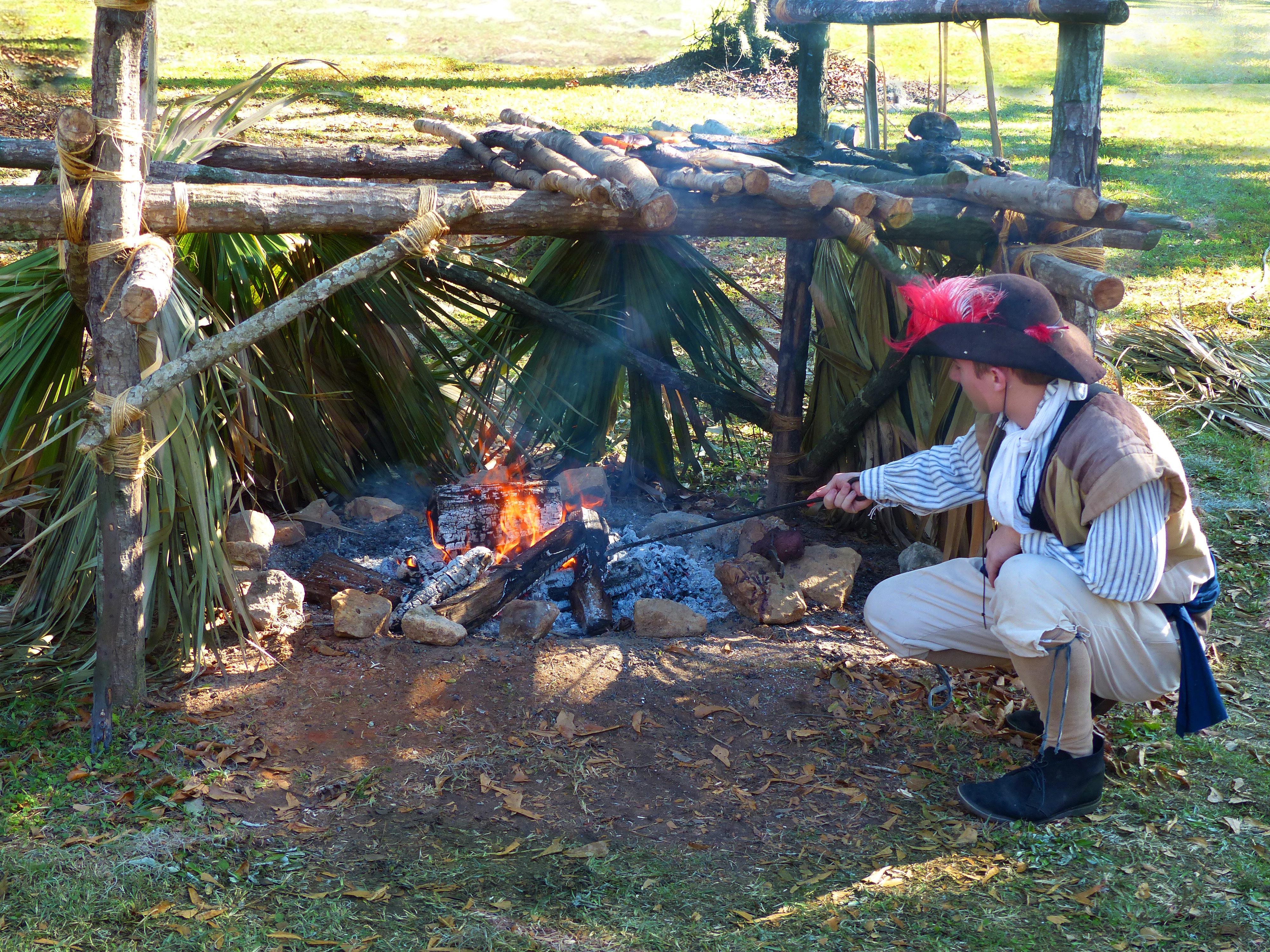 Another option for roasting or smoking a large amount of meat is the barbacoa. The barbacoa was a meat smoking rack created by attaching a grill of sticks above four large wooden stakes, which was then placed over a fire to allow meat to slowly smoke on the rack. To explore how meat from both domestic animals (like pigs, chickens, and cattle) and wild animals (like deer, turkey, rabbit, raccoon, bear) was important to and prepared in the community of Mission San Luis, check out this video. 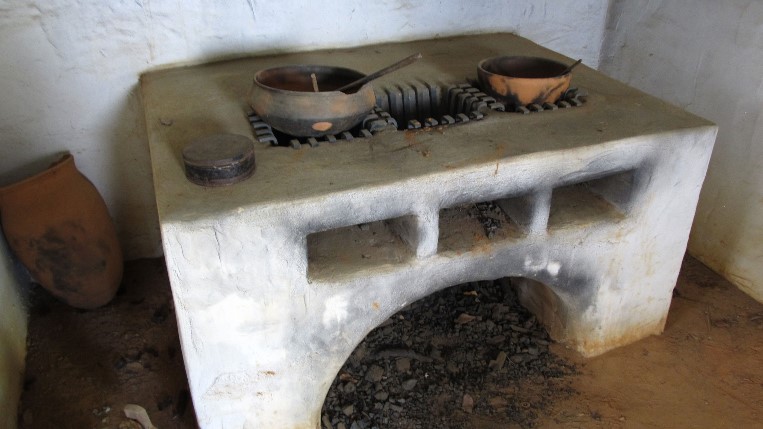 Only one actual indoor kitchen has ever been found within the San Luis village, and it was attached to the friars’ living area. You can take a look at the replica friary kitchen, or cocina, in the Mission San Luis 360 degree Virtual Tour. This kitchen contained the only oven known to be on site, where Apalachee women prepared meals for the friars and for villagers in need at San Luis. Why were there not more indoor kitchens? One simple reason was that indoor fires were dangerous in such small houses – that is, unless you were cooking with a small Spanish clay brazier, or anafe in Spanish. Both Spanish and Apalachee women had to be skillful at working with and around fire.