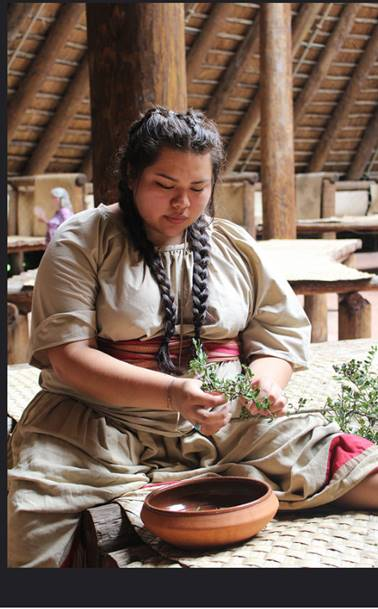 When it came to food preparation and cooking in the 17th century at Mission San Luis, most of it was done by Native Apalachee women.  This was the case for both the Native and Spanish communities in the village.  Working over open fires, Apalachee women had been the primary cooks in Apalachee society; and this role continued after Spanish settlers began arriving in Apalachee Province. (learn more about Apalachee women here.

Apalachee women’s subsistence knowledge and skills were valuable, as were those of Native women all across Colonial Florida. They provided much of the food to communities.  They knew when, where, and how to gather wild plants and shellfish/mollusks from the forests, wetlands/marshland, and coastal areas; they planted, tended, and harvested the crops after the Apalachee men plowed the fields; they spent many hours processing and grinding corn and cracking nuts; they did much of the processing of the meat and the animal skins that the men brought back from hunts; they made the baskets and pottery that were used to gather, process, and cook the food; they prepared large quantities of foods like corn, beans, squash, nuts, and berries to be stored for the winter; and after contact with the Spanish, they helped raise pigs and chickens for food and for sale.  And probably most importantly, they passed this knowledge to future generations by teaching Apalachee girls how to provide food for communities in North Florida. 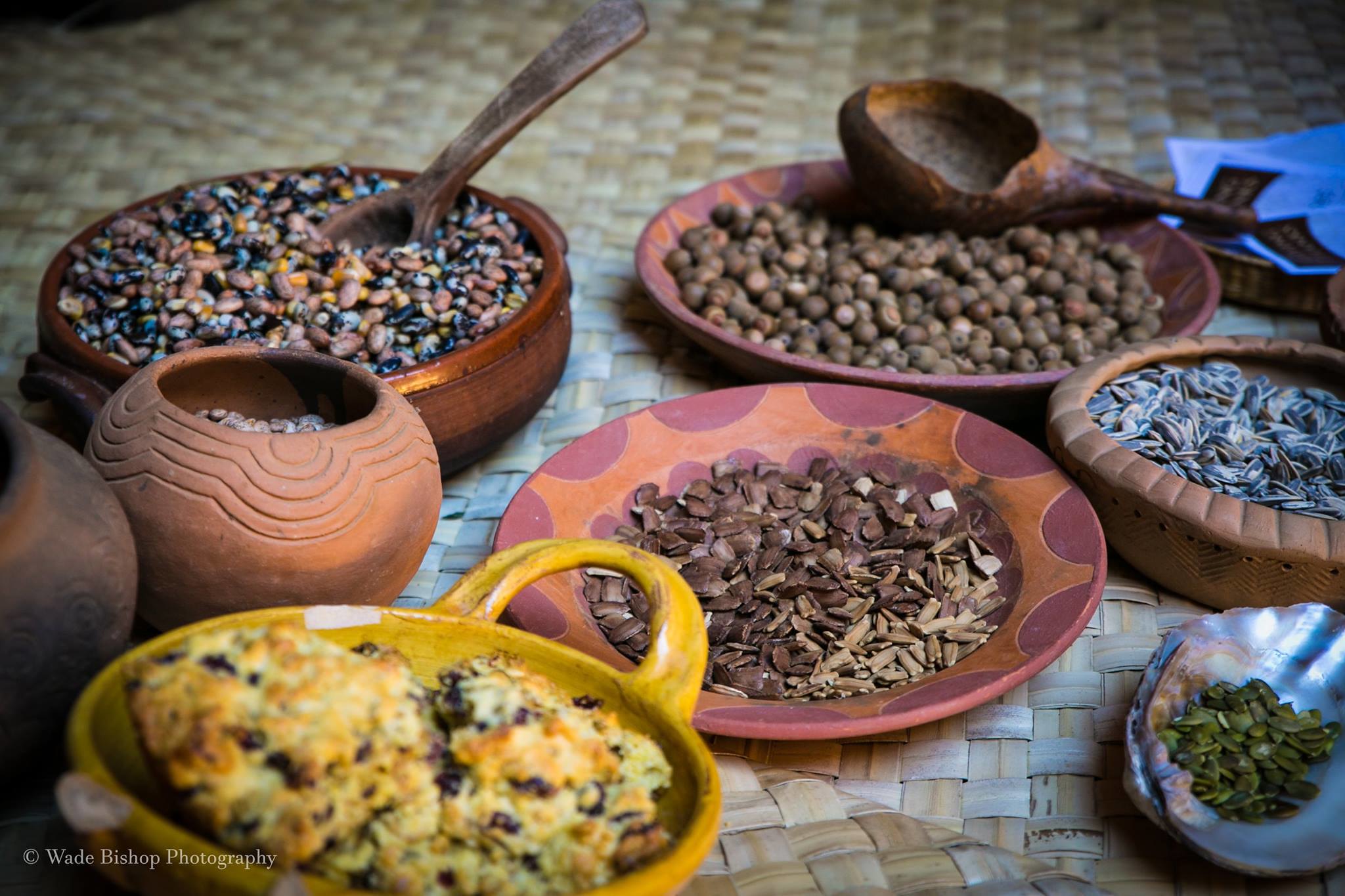 While some foodways traditions changed among the Apalachee once the Spanish arrived (the adoption of new foods like peaches, for example), there is evidence that the Spanish accepted/adapted to many Apalachee foodways. This was partially because Apalachee women had the skill sets and tools to provide food. The European colonists had (at least initially) limited knowledge of how to get/produce and process food in the new environment, and Apalachee women had foodways systems in place that met everyone’s needs.

Some Spanish men at San Luis even married Apalachee women, who as wives were in charge of meal schedules and many food traditions in the households.

Apalachee women also prepared food as domestic workers/servants for Spaniards in the village.  In the only indoor kitchen discovered at San Luis (attached to the Friars’ dwelling), Apalachee women made meals for the Friars.  And they often worked for/served Spanish families as cooks (although the Apalachee residents often complained about the excessive demands for services that Spanish villagers placed on both Apalachee men and women).