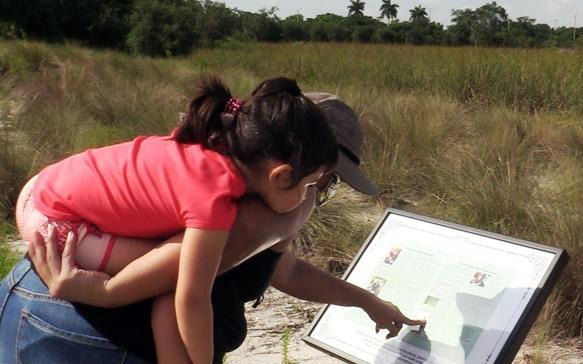 A StoryWalk® guides visitors page-by-page through a children’s book along an established path. At the end of the route, visitors have read the entire book. Boca Raton’s award-winning StoryWalks® are located at the Pondhawk Natural Area and Serenoa Glade Preserve.

FLC President Tony Ortiz explains, "Florida's local governments have demonstrated their ability to adapt, innovate, and create. Whether it is . . . providing services or engaging the community, our cities, towns and villages are constantly evolving to better serve their communities. And that's exactly what this awards program aims to recognize." 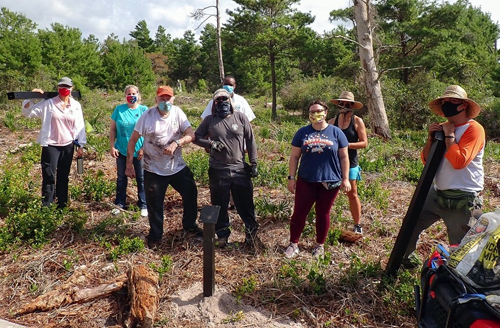 Workers set up the StoryWalk.®
Photo courtesy of the Boca Raton Public Library.

Read about how the City of Boca Raton Public library launched its program and see more images from the project.

Read about how many patrons visit the StoryWalks® each month and see more images from the project.

StoryWalks® at other Florida public libraries 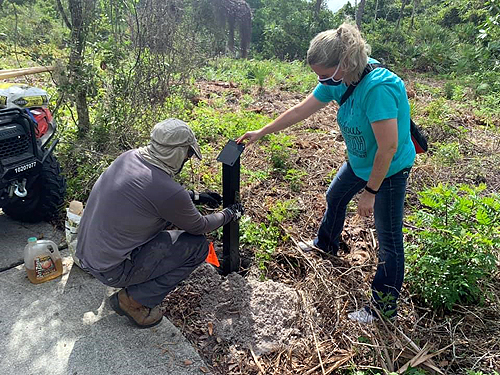 Workers set up the StoryWalk.®
Photo courtesy of the Boca Raton Public Library.

The StoryWalk® project was created by Anne Ferguson of Montpelier, VT and developed in collaboration with the Kellogg-Hubbard Library. Storywalk® is a registered service mark owned by Ms. Ferguson.